the car body is still a work in progress. it is based on top, side and front views from volvo. they were used in blender to build a low poly 3d mesh of the car body. the smoothed mesh was then transferred to freecad, converted to a step file. this file was imported into creo elements express where some slight modifications were made. the model was then exported into a stl file and imported into 123d make from autodesk. this was then used to slice the model into layers. the layers were again exported into a pdf and imported into corel draw. there they were simplified and the inner volume was removed to save material. all the slices were then laser cut from poplar plywood. the layers were then glued together, sanded and the cracks were filled with a wood filling. over a simple vacuum table the car body was then formed with 1 mm petg sheets. since my oven is too small i had to split the model into front and rear sections.
the following pictures show some of the steps of the process: 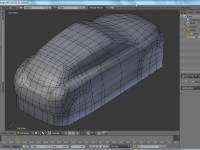 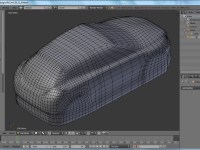 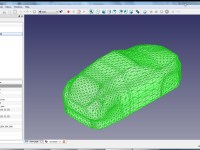 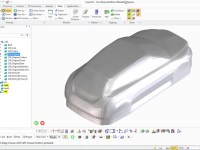 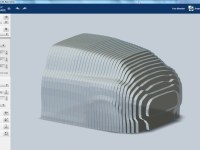 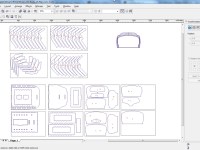 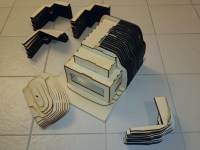 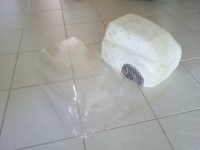 the final result (sort of) can be seen here: 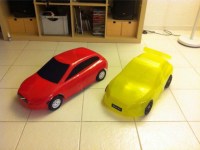 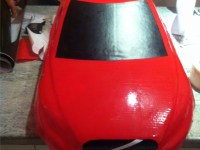 here is a video of the cars in action: